In this section you will find information on:
- Recent sporting activities in the school.
- The history of sport and sporting success in Scoil an Chroí Ró Naofa Íosa. 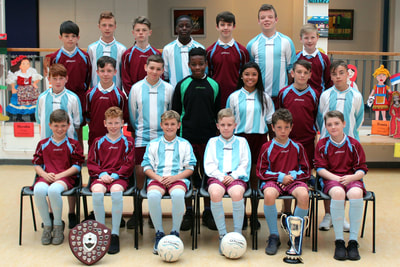 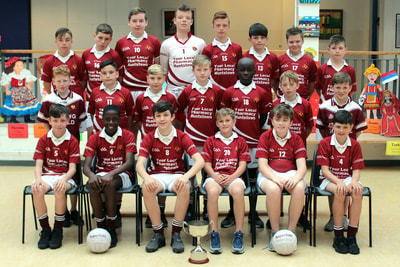 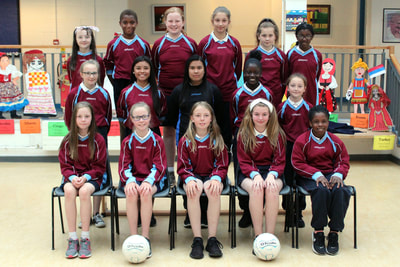 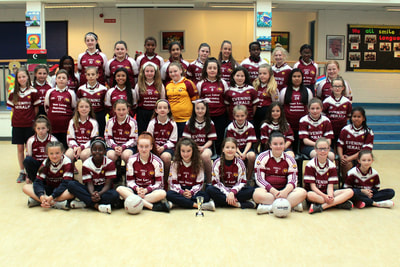 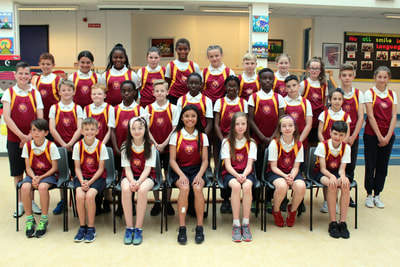 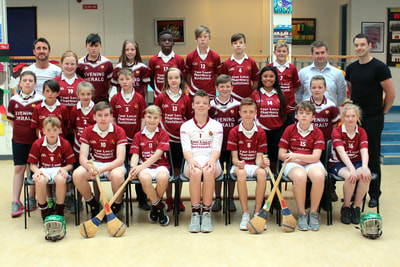 The range of sporting activities available in our school is truly inspiring.  Every boy and girl can avail of an opportunity to play in a sport that suits their interest.  They are so fortunate to be coached and encouraged by a dedicated team of selfless volunteer teachers, who give willingly of their time to nurture and care for the emerging talent in our school.  This year has seen some inspiring moments in sport.  It is only when the teams come together for the official end of year photographs, that one can fully appreciate the depth of dedication and the true spirit of Huntstown.  All our boys and girls have participated with a sense of pride and respect, displaying courtesy and courage both in the joyous moments of celebration as well as the disappointing moments of defeat.  They embody the essence of sport - endlessly trying your best while all the time respecting and supporting those around you - and this makes all of us here in the school so happy.

Sports in Huntstown - Two days of fun for everyone 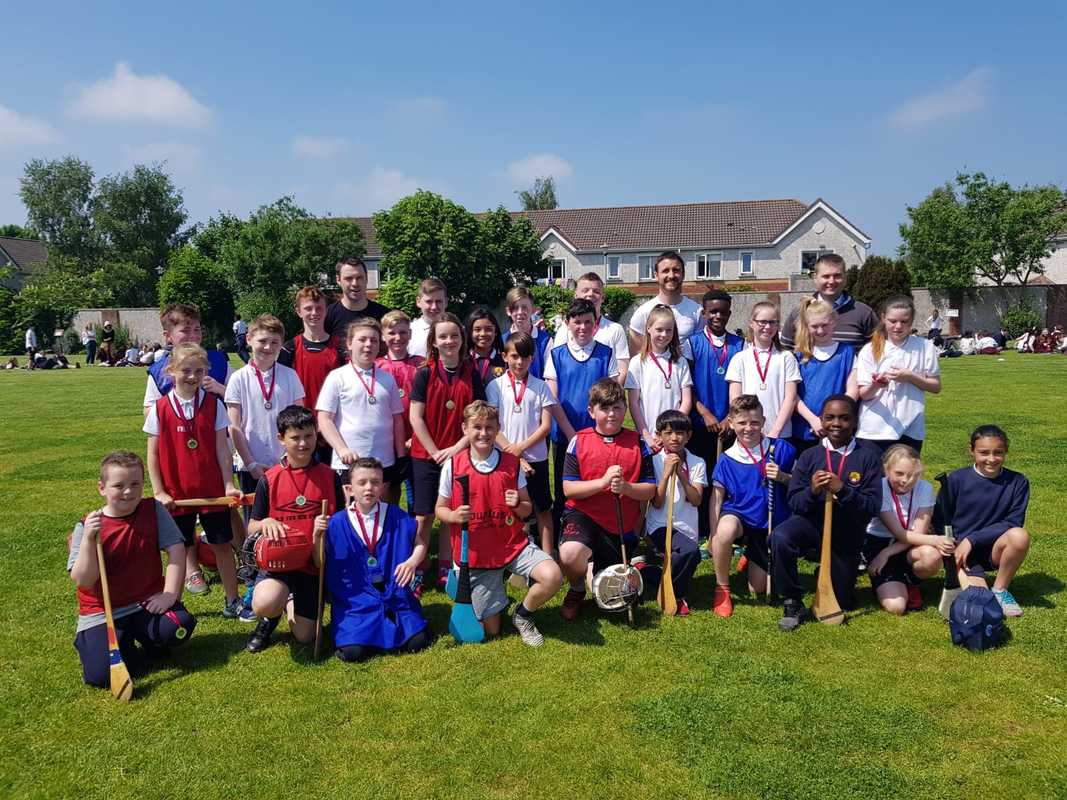 On Monday 28 May, we held the final of a very successful hurling blitz.  The in-school tournament was coordinated by a number of staff including Mr Burke, Mr Herity, Mr Kestell and Mr Shelly.  Each of the teams were afforded a county name, much to the delight of Mr Lyons, Ms Concannon and Mr Burke who rejoiced when the Galway team won!  The tournament was held on our redeveloped school pitch.  We were once again reminded how lucky we are to have such wonderful facilities here in Huntstown.  It is great to be able to celebrate our national sport and to have the enthusiasm and willingness of students and staff.  Beir bua gach duine.

On Friday 15 December, members of the Dublin Senior Football team visited the school with the Sam Maguire cup.  It was a wonderful opportunity for our boys and girls to meet with members of the squad and ask them questions about their training, preparation and dedication to the game.  We were delighted that the team spent time with the students and allowed them to hold the cup.  Many of our families are ardent Dublin supporters and regularly visit Croke Park to watch Dublin play.  We are delighted that they took the time to visit our school and share their experiences with us all.

We enjoyed two wonderful days of sport on Tuesday and Thursday (30 May and 1 June).  All children in the school were involved and enjoyed everything from relay racing to novelty retro sports to obstacle courses.  A fun day of sport for everyone.  Healthy, exciting and fun.  What more could one ask for in Huntstown?  We love that our sporting days are non competitive and rely on students and staff working together to have fun.  There are stations established all over the school and in the nearby community centre.  Students spend 35-45 minutes at a selection of the stations, all of which are led by an enthusiastic teacher or support staff member.  In the P.E. hall, students played beach volleyball with Mr Shelly.  The yards at the back of the school were a festival of fun and action with 'target throws', 'bench ball', olympic handball and hockey.  In the playing pitches students enjoyed relay races, tag rugby, parachute and ball skills.  Mrs O'Driscoll led the basketball in the community centre and there was soccer in the all weather pitch nearby.  We were delighted with the response of all involved.  There was excitement and fun and great cooperation.
Well done to everyone who coordinated these days for us all.
Congratulations
What a wonderful win by our Boys Gaelic team on Wednesday 26 October.  They were victorious against Kilnamanagh in Croke Park.  It is a great credit to their hard work and dedication that they got the chance to play in Croke Park.  It is an extra special bonus to emerge as the champions.  Boys and girls from fourth, fifth and sixth class boarded buses at 1pm and cheerfully supported our boys with wonderful chants, bright banners and headbands.  It was a beautiful Autumn day and although the boys had prepared for the match, they were not assured of a win and were obviously nervous.  However, they played a great game of football.  It was a fantastic day.  Well done everyone.

Below is a list of upcoming Gaelic Fixtures for the coming year.  We will add to this list as more information becomes available.

We held a very successful soccer blitz in September and October this year.  The images below capture the flavour of the final which was held on 12 October on our new pitch.  What a wonderful Autumn day and what a wonderful performance by both teams.  The winning cup was presented to the team in memory of Ciaran Daly.  Representatives of Ciaran's family were present on the day and we thank them sincerely for their fantastic support.  Well done to all involved, especially the teachers and trainers who worked hard with the teams.

Sport 2013 / 2014
We are enormously proud of all the boys and girls who have taken part in sporting activities in the school this year.  They have represented their school and their community with great distinction and pride.  Click on any of the images below to enlarge the file. 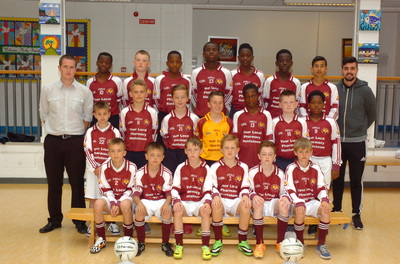 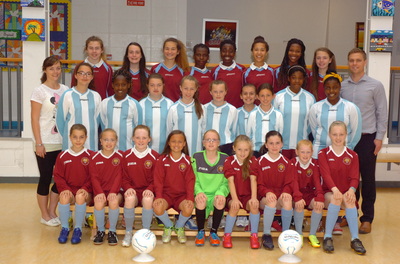 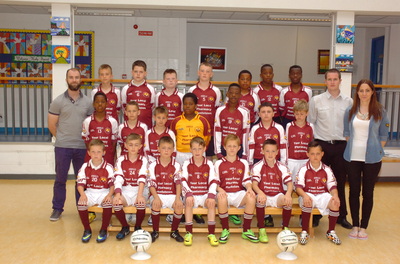 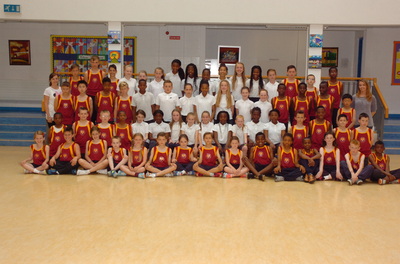 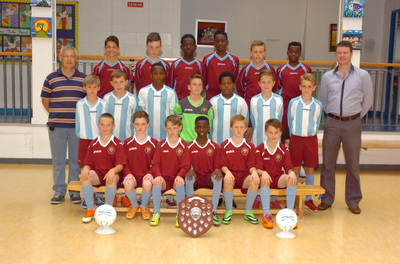 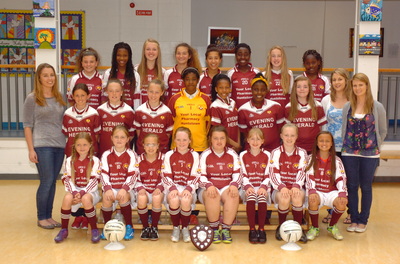 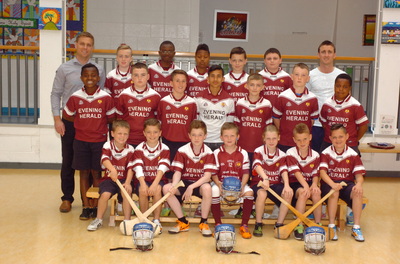 
Sport has always played an enormous role in the life of the school.  We are so fortunate to have talented trainers and mentors who work hard with the boys and girls to achieve success on many playing surfaces.
Our first major outing came in November when the boys and girls were fortunate to play in Croke Park.  The boys played brilliantly on the day but were beaten in the final of Cumman na mBunscol.  All of the senior classes went to Croke Park to support them and we were very impressed by their talent.  We were also treated to an incredible performance by the girls who triumphed in their match.
Throughout the year the Athletics team showed grit and determination at a number of local competitions.  Events at Santry and Porterstown allowed the Huntstown boys and girls to showcase their agility, speed and athleticism.
We have only had a hurling team in the school in recent years.  Mr Herity has brought his unique skills to the school and we have watched the sport grow in popularity as a result of his hard work.  The boys have proved that they are building on the foundations of previous teams and we can look forward with great expectation for next year.
Mr Sullivan and Mr Kestell were again instrumental in bringing the soccer team to a number of competitions this year.
We look forward to even more boys and girls joining sports activities next year.  Well done and thank you to everyone who makes sport possible in the school. 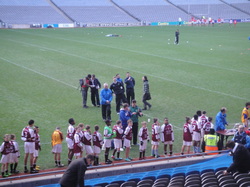 There was great excitement when the boys and girls played in the Cumman na mBunscol finals recently.  The girls emerged victorious while the boys put up a valiant effort.  The senior boys and girls travelled to the match to support the teams and everyone agreed that it was a wonderful day for all concerned.  You can access the photographs from the final by clicking on the link below. 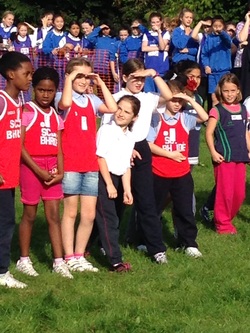 Athletics in Porterstown - October 2013
On Tuesday 17 October, the boys and girls participated in cross country athletics in nearby Porterstown.  Everyone was very proud of the children.  They represented their school so well.

Our hurling team was narrowly defeated in the recent hurling final against Lucan.  The match was played in Croke park before an enthusiastic crowd.  The boys were a credit to their families, their school and their coaches and we are all enormously proud of their achievements.  Well done everyone and thank you to the coaches for perparing the team so well.
Photographs courtesy of Mr Dempsey. 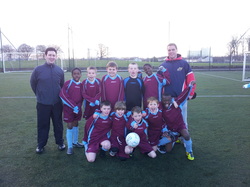 Well done to the boys and girls who participated in a recent local soccer tournament.  Under the guidance of their coaches Mr Lyons and Mr Barry, the boys and girls have invested huge effort into their training and are representing our school proudly. 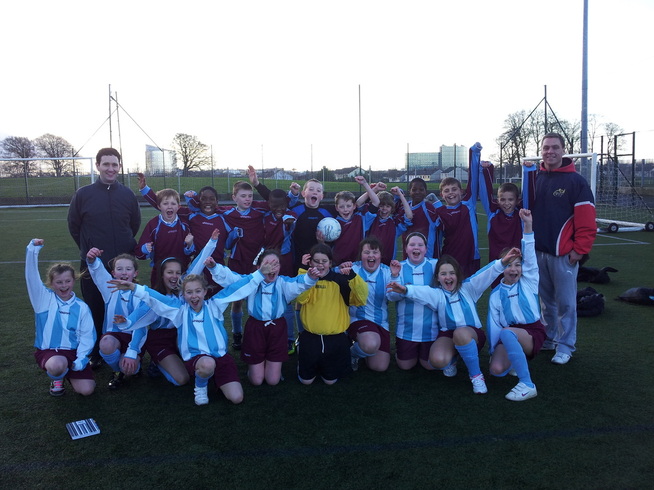 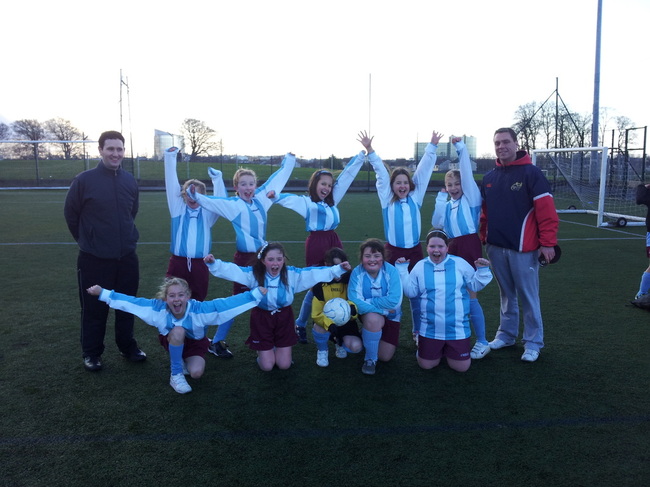 Three cheers for the girls!
Proudly powered by Weebly